From Vegas To Macau (2014), Gambling Movie With Nonsensical Plot Surely You are probably curious about one of these 2014 films right? Here we present information about the cast and synopsis of the movie From Vegas to Macau 2014.

This movie is the fourth installment of the “God Of Gamblers” film series starred Chow Yun-fat to reprise his role as the titular protagonist. The gambling city of Macau features prominently in this movie.

A hacker named Show Hand (Nicholas Tse) and Karl (Chapma To) head to Las Vegas to meet his old friend Benz. Arriving in Vegas, the two of them were introduced by the god of gambling, Ko Chun, named Hendrick (Chow Yun Fat).

Now Show Hand and Hendrick must work together to gather evidence against Mr Ko to save Charlie.

Ko Chun is now no longer living the life of the world of gambling and has now turned to become a security consultant at a casino in Vegas. Once upon a time, the three of them met a corrupt named Mr. Ko who is the target of Interpol.

Show Hand, a former cop, was asked to carry out an investigation by Interpol to infiltrate Mr Ko’s group with the intention of digging up information in order to bring down Mr Ko.

Flaws in The Movie

The movie never really described why Chapma who plays Karl who is quite absent from a third of the film. The film also never mentioned how Show Hand became a super hacker.

The film also never revealed why Show Hand and Karl go to Las Vegas with their mentor, conman Benz retired. It was only briefly mentioned that they are to visit Benz’s old friend Hendrick. A notorious con who has left his troubled past working as a security consultant for a casino.

The plot is getting bizzare, when during their stay in Vegas, Show Hand ran over his friend Ken, who was undercover for Interpol working to gather evidence against Mr. Ko, a mob boss.

Then it became more weird when Mr. Ko realizing that he has a mole in his company, then puts a hit out on Ken. But Ken hides the proof USB with the Show Hand. Only for it to be accidentally taken by Charlie, Hendrick’s daughter.

As with many a Wong Jing movies, the irrational and nonsensical plot exists only to facilitate gags and Cantonese wordplay. Even various types of brain damage become a handy narrative catalysts. It was employ as corny once the “truth serum,” which makes one compulsively spit out of the truth when injected.

This flawed plot is resourcefully used to spin off several hilarious scenarios. And despite mocking references to previous “God of Gamblers” series. Their contemporary equivalents are no less tacky. Luckily, in a way that is good.

What does get compromised in this version that is mainland-friendly Wong’s insight into his characters’ human foibles, especially their greed and ruthlessness.

In this film, Yun Fat’s chow perform quite refreshing, without losing its charisma. The display of charm and intelligence will rekindle love for fans and calm the hearts of young viewers. 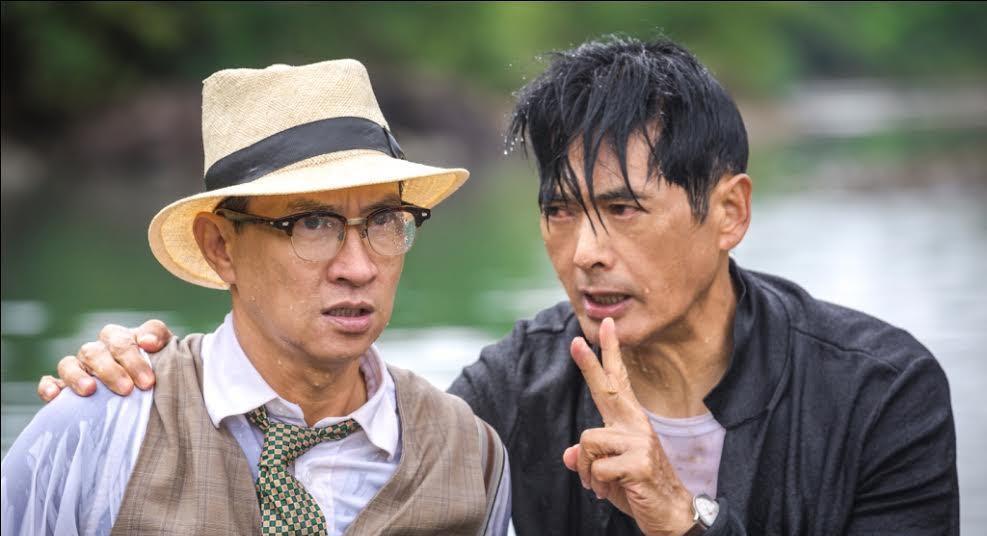 From Vegas To Macau there is a cute energy that provides a pleasant entertainment. However, although this film is funny and quite entertaining. It does not explain why certain subplots or characters are presented.

Fortunately, Wong Jing’s comedy provides a sharp comedy here. So the audience is more than willing to ignore the obvious flaws of the story line.

Despite its obvious flaws, From Vegas To Macau manages to create an entertaining film that shamelessly wraps it with action, comedy, romance, and espionage in one pack of fun and laughter.